Animal communication is a gift I hold dear in my heart & soul. I’ve had the gift for many years & have rescued a lot of animals. I have either kept them, healed them or found them the right homes with people who I know. Back in 2010 I moved to Ireland. I knew I would be getting an Irish wolfhound and his name would be MacTavish. I had a huge sign from spirit it was divine timing and instantly found a breeder who had 2 wolfhounds left. I knew the minute I saw MacTavish. He sat on my lap all the way home after a 3-hour journey on the road from west Ireland to Northern Ireland. The minute I got out of the car, I started walking again. I was not able to walk for almost a year due to an injury. The moment I got out of the car it was the first time I felt no pain in my feet & I could walk into the house with no difficulty. I thought hmm how interesting is this? I also had that sad feeling he would not be with me for long.

I moved back to Canada 9 months after. Within 3 years MacTavish got sick. He was trying to get my attention by looking deeply into my eyes & said “I can do more for you when I’m gone.” I was doing my best to turn my head and look away because I knew what he was saying. I could not handle it. He also told me he came into my life when I was living in Ireland to help me move back to Canada safely & to help me heal. He was such a profound healer. I asked spirit that night to give me a huge sign what I should do and the next morning he collapsed outside in the pouring rain. I called my friend and laid down beside MacTavish until he showed up. The minute MacTavish left his body, I felt his spirit go right through me.

I had no sleep & went to the park in the morning, it was a sunny day with no clouds. A unique cloud started to form & out of no where MacTavish jumps out of the cloud and starts running freely towards me. I sat down on the bench as I was stunned then felt a nudge on my back and turned around as I thought a animal came up to me and no one was there. I knew it was him. Since then he has opened me up to the animal kingdom in so many profound ways, I cannot even begin to express my love & gratitude to him for being with me and still with me in spirit.

I normally go to the zoo around August 24 which was his birthday to chat with the animals. During August 2017 I had a conversation with a lion. His message was blunt & to the point. He said the animal kingdom is fed up & angry with the poachers & abusers. They are now taking their power back. I felt emptiness & yet compassion in his soul and heard him loudly say “We’ve had enough! The lion also told me he is fed up of being in the zoo and shuts off the world when people visit. They tolerate staff by being patient as best as they can. We locked eyes with each other. Our heart & soul connected so deeply at that moment. I held back tears of gratitude, put my hand over my heart & thanked him for his message and promised him I would get his message out. Since then, many worldwide stories have come forth with news of people getting hurt & attacked from the wild animals. They are taking their power back. I stand with them in grace & unity! 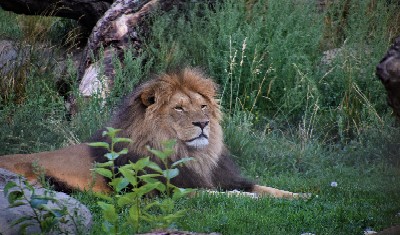 When I communicate with animals, it is done telepathically. I scan their energy, tune into their soul & even their past lives when necessarily. I get overwhelmed especially when they are trying to let their owners know its time for them to pass away & to let them go. When an animal has passed on and wants to send their family messages that brings me joy as it can truly make them feel better. Many tears are shared during my sessions’. I give tips of how to communicate with your animals and what signs to watch out for etc.

Dog spelled backwards is god.They are truly a gift from god with much unconditional love & here to teach us. Being able to communicate with the animals is by far my greatest gift. Know that MacTavish comes with me during my sessions. He tends to give physical signs that your animal is with you! May our animals rest in peace & come forth when we need them. My sessions are done in person, skype or phone. Below are some testimonies :

Thank you for meeting with my dog Sport, just over 8 months ago. When you walked up to our house and Sport came to the door, he didn't bark or get anxious as he usually does to meeting someone the first time. He relaxed right away and all through the time you were with us. His anxiety left especially when you told him that his family is OK. All his family is ok and his grandma is watching over him. He looked at you and listened to every word. When you asked about his brother and that I thought his brother had passed away, Sport looked up from sleeping and listened. He settled again. While I was talking about my cat Star who passed away, we heard a loud Meow! Sport heard it too and I felt.relaxed. She was with us in spirit.
It has been 8 months and he is just as relaxed as we was that same day. Even his dog walker that comes 2x a week asked me what Sport was doing differently as she noticed he was settled and relaxed. He didn't get anxious anymore. What a difference one visit with Sport made! Thank you so much! Sport and I cuddle a bit more and I look into his eyes and I know he hears me too. Sport is a happier dog and is so much easier to walk and be with. Others have said that my dog training must be working now because he is listening and following the methods. I haven't had him in any training for over a year. It has been because of him knowing that his family is ok. He needed to hear that. I appreciate it so much that you heard Sport and gave him reassurance.

I cannot believe it has taken me so long to write a review for Jeni. For over 8 years she has been my spiritual advisor, animal communicator, and has become a dear friend. I first heard Jeni on an Intuitive Transformation Radio podcast on animal communication. At that time, I had a new pet rabbit. I wanted to learn more about him and see if he had anything, he wanted to communicate with me. Its as incredible how much Jeni could pick up from my sweet Bon Bon. She had him down to a T. Throughout his entire life, I relied on Jeni to check in with him with his difficult health problems up until his recent passing. I could not have gotten through that rough time without Jeni. Jeni has helped many of my friends and my sister as well during the passing of their pets. She is an absolute gem, and I will forever use her services with any future animal companions.

Aside from animal communication, Jeni has helped me immensely on a personal level. From heartaches and break ups, to career changes, and life transitions, Jeni has guided me through it all. She continues to help me see my soul’s true path through all my trials and tribulations. Whenever I find I am at an impasse in life, I call Jeni, and through her guidance I am renewed and ready to fight the good fight. I highly recommend her to anyone who is looking for answers. She is an absolute angel.

We hired Jeni to communicate with our newly adopted dog. Not only was she a huge help in better understanding his personality, but with further love and care, his potential. She was then able to answer some questions and concerns we had about our other dog-this was greatly appreciated! Thank you, Jeni, you truly are a blessing.

With many blessings Jeni Ji